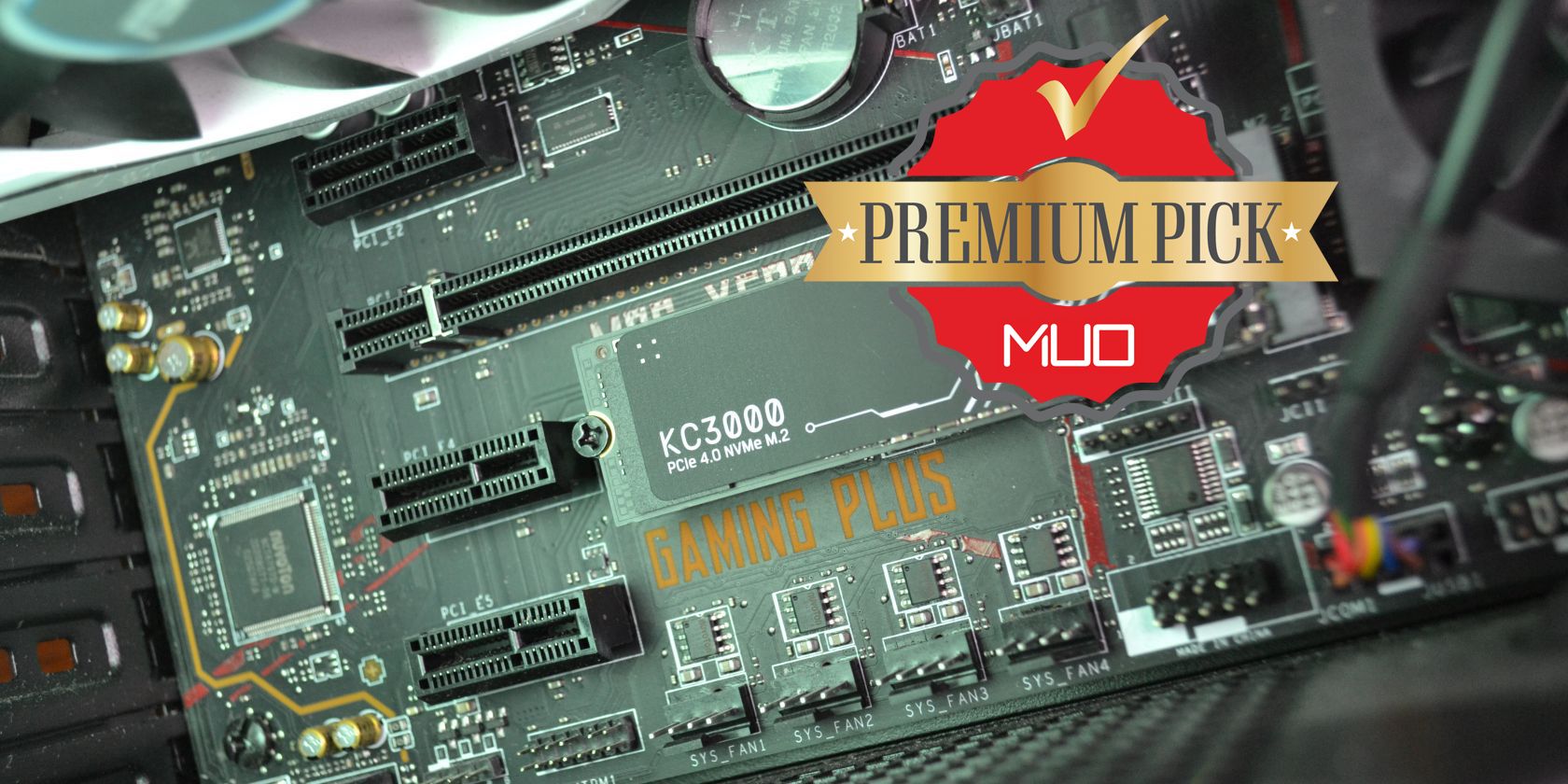 There are a few sure-fire ways to speed up your computer. One, replace the CPU. A shiny new CPU always does wonders for your computer, but they do often come with a considerable cost.

A cheaper and more efficient solution is to upgrade your storage, switching out your slow old drives for blazing-fast new ones.

Before we delve deep into the depths of the drives benchmarks, take a moment to consider the specs of what is touted as a very high-performance drive, designed for regular consumers. Kingston has been kind enough to provide us with a 2TB for testing, but you can see the key specs from the entire KC3000 line (ranging from 500GB to 4TB) in the table below.

From herein, the review will focus on the 2TB test drive, which as you can see from the above table, comes with a substantial set of stats.

You'll also note the endurance rating of the 2TB KC3000 SSD, rated for up to 1.6 petabytes written (PBW). While 1.6 petabytes written is impressive, it's not quite best-in-class, beaten to that moniker by the Seagate FireCuda 530 and the Patriot Viper. That said, it is somewhat picking hairs, as 1.6PBW is still a substantial amount of data writing, especially as it's covered for five years under Kingston's extensive warranty. Furthermore, it's substantially more than some other PCIe 4.0 NVMe SSD's, with the Crucial P5 Plus only delivering 600TBW for its 1TB model, rising to 1.2PBW with its 2TB model. Similarly, the WD Black SN850 also delivers up to 1.2PBW on its 2TB model.

The quoted speeds are heading towards the top end of what you can expect from a PCIe 4.0 NVMe SSD (though not the absolute maximum, mind), and accordingly, match the specs you'll find if you go and look up the KC3000's controller, the Phison PS5018-E18. Combined with Micron's 176 layer TLC NAND flash, and the specs that are on show begin to make a lot of sense, not just for the 2TB SSD on review.

As far as looks go, the KC3000 is a standard 2280 form factor NVMe, measuring 22mm wide by 80mm long. An all-black affair, the KC3000 is decent and practically stylish as far as NVMe drives go, but let's face it, you're not buying an SSD because it looks good.

However, one thing you will take note of is the integrated heat spreader. Kingston has upgraded this to a new low-profile graphene-aluminum material for additional heat dissipation, and it does seem to help to reduce the overall heat build-up typically associated with NVMe SSDs.

Now, onto the testing. Kingston touts the KC3000 NVMe as one of the fastest M.2 SSDs on the market, with read and write rates of up to 7000MB/s. Unsure how that translates versus a regular hard drive or a SATA SSD?

First up, a look at how the KC3000 performs with CrystalDiskMark 8, one of the most popular storage benchmarking tools available to any user. For reference, the test is set to CrystalDiskMark's default NVMe SSD settings.

So, the first row deals with sequential read and write and is usually the result that most closely matches what you'll find on the box. In this case, the Kingston KC3000 records very fast speeds, though I couldn't push it towards Kingston's stated speeds. However, I will caveat that by saying that I have seen independent testing where the KC3000 has hit 7000MB/s in both read and write, and has at times exceeded 7000MB/s, so the issue is with my hardware, rather than Kingston's drive.

Regardless, the overall figures on display are very impressive, with the KC3000 topping out over 6000MB/s read. That means, when you store something on the KC3000, the information on the drive can be accessed incredibly fast. If that was, for example, your video game library, your in-game load times will decrease and you'll be back into the game after loading the screen much, much faster.

For reference, here is how a PCIe 3.0 drive performs the same test, in the same computer. The PCIe drive performs at half the speed, which is what you'd expect for the difference between the two generations.

Next up, a look at AS SSD for the KC3000's real-world IOPS performance. Again, not quite hitting the suggested mark from Kingston, but still very high performance. As with the read and write rates above, other tests have found the KC3000 hitting Kingston's 1,000,000 IOPS mark. The drive also recorded substantial speeds for its Copy-Benchmark test, too.

Another important storage drive benchmarking test is Blackmagicdesign's Disk Speed Test. As far as real-world testing goes, this test focuses on how the drive will perform when faced with reading and writing various video file formats, ranging from 720p50 all the way through to intensive 2160p60 using 10-bit YUV (very computationally intense).

The Kingston KC3000 all-but aced the Blackmagicdesign Disk Speed Test, offering blazing fast read and write speeds in almost every format. Performance slows as the testing becomes progressively more intensive, as you might expect, but the final output of the test shows how fast the KC3000 is.

In short, it is fast. Like, really fast. Swapping my games folder onto the Kingston KC3000 resulted in faster boot times across almost all games. Particularly of note was Cities: Skylines, a game with a notoriously long boot time due to all the resources, assets, and mods the must load for each map. I also found that in resource-intensive games with high-resolution textures like Battlefield V, levels loaded and were ready to play much faster than on their previous drive (a Crucial P5 PCIe 3.0 NVMe).

The stats back up Kingston's claims to be one of the fastest drives currently on the market, and the real-world testing very much backs up those claims.

So, the crucial bit of information. You know the KC3000 SSD is fast, but how much does it cost?

The Kingston KC3000 NVMe SSD has an MSRP of $400. At its MSRP, that equates to 20 cents per gigabyte, which when you consider the phenomenal speeds on offer, is a great option for gamers and content creators alike. The price per gigabyte for the KC3000 does jump somewhat if you were considering the 4TB drive, ramping to 25 cents per gigabyte at an MSRP of $1,000.

But given how expensive that drive is and its likely limited use for most readers, it makes more sense to consider the 1TB version, too. The 1TB version retails for $175, which gives it a cost per gigabyte around 17 cents, though the 1TB has a slightly reduced maximum write rate of 6000MBps.

Back to the 2TB Kingston KC3000. It's a fantastically fast NVMe SSD and Kingston has shown again why it remains one of the best in the business. The price might feel somewhat eyewatering, but the increase in performance you'll get from the KC3000 is well worth the outlay, especially if you regularly process large files or just want your game library to be that bit quicker. 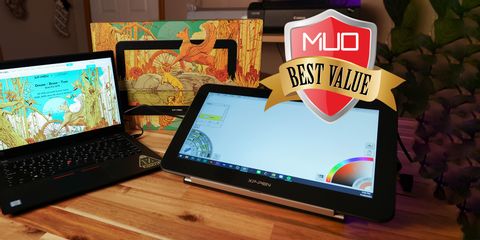 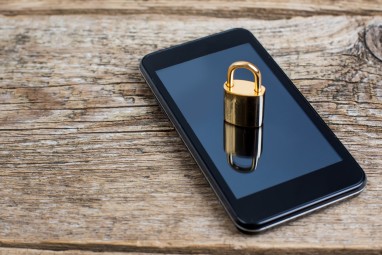 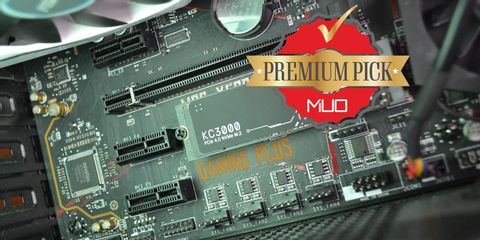 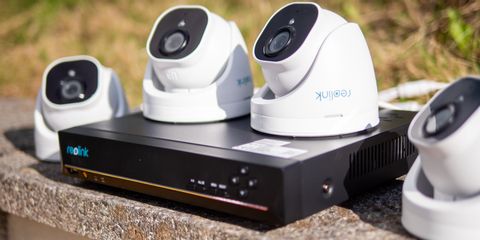 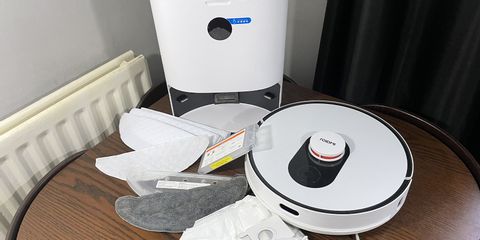 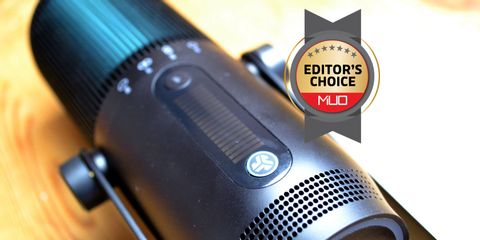 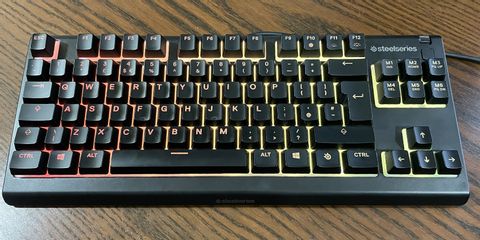 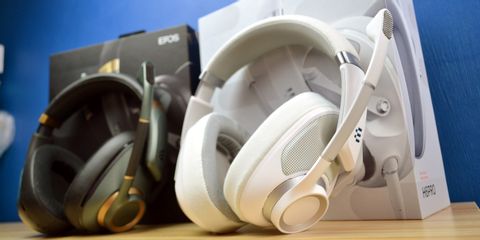 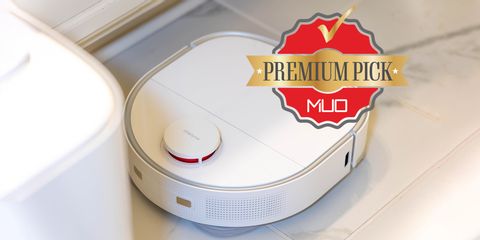 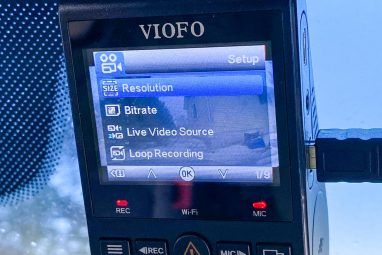 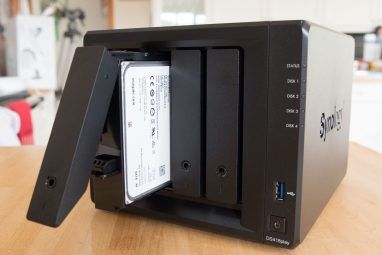 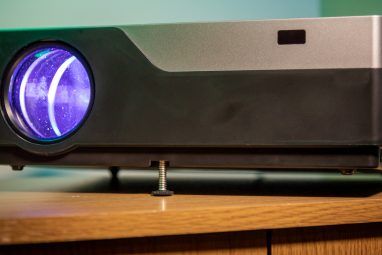 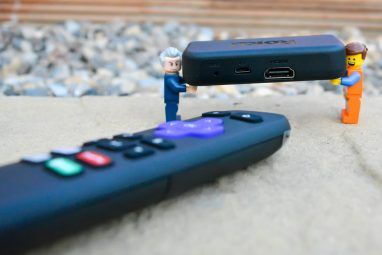 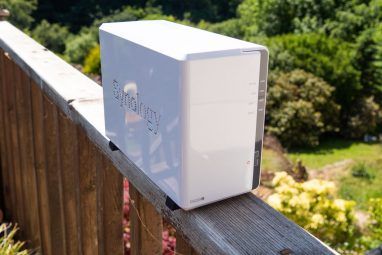 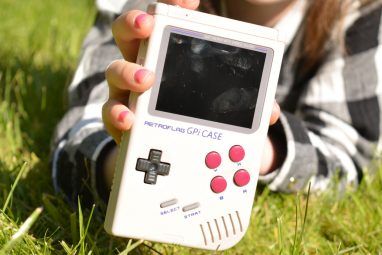